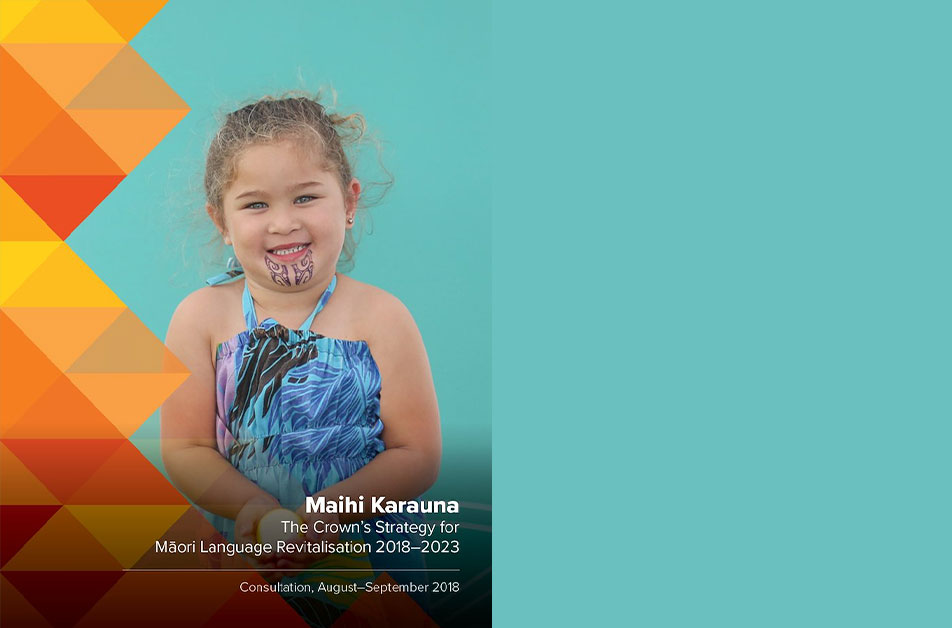 The Chair of the Commission, Professor Rawinia Higgins, says this is the Crown’s first step in giving effect to the requirements of the new legislation to establish a working partnership between Māori and the Crown for revitalisation of te reo Māori: ‘it’s important that New Zealanders respond to the Minister’s call for consultation and share their views’.

The old 1987 Act gave people rights to use te reo Māori and made the language official but did not make a specific Crown commitment to revitalisation.

"This is a key part of the 2016 Act under which “The Crown expresses its commitment to work in partnership with iwi and Māori to continue actively to protect and promote this taonga, the Māori language, for future generations”.

‘The draft strategy released today by Māori Development Minister Nanaia Mahuta makes this commitment real by setting goals, means of achieving them and the different responsibilities of government agencies.

‘The Māori Language Commission is responsible for leading the coordination of the implementation of the strategy and this will become the primary focus for the organisation’.

‘While continuing our promotion and language quality work we also promote language planning throughout the state sector and wider New Zealand. All organisations can make a positive contribution to revitalisation. There is a wave of enthusiasm for the Māori Language and the release of the draft strategy will be widely welcomed. We encourage everyone to consider and provide feedback on how the Crown can best support New Zealand’s first language’.