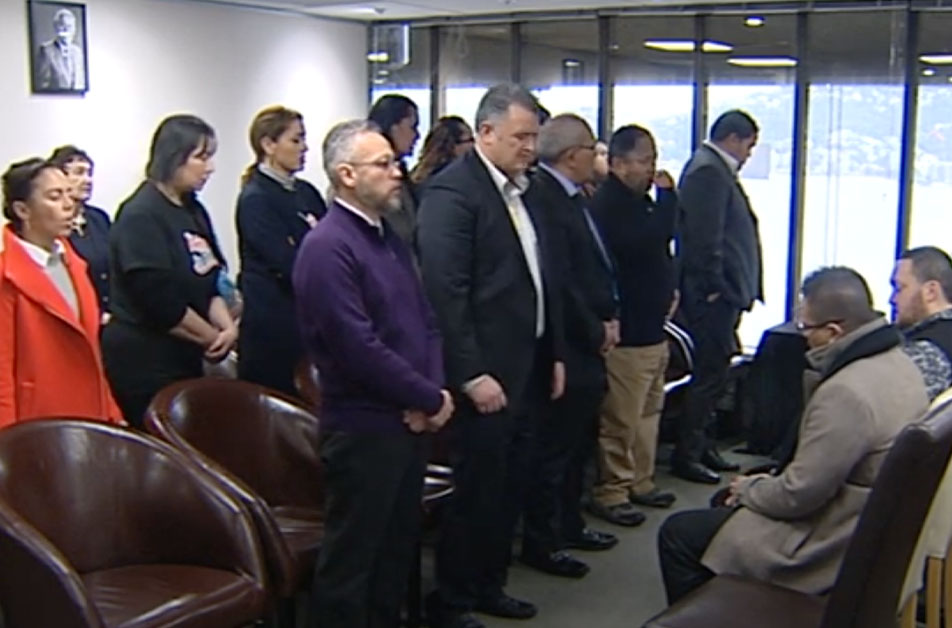 Charlie Tepana was welcomed as the newest Board member of Te Taura Whiri i te Reo Māori today.

"We're privileged to have Charlie in our whare. His knowledge of Māori language revitalisation will be very valuable to us as we embark on a new strategy to strengthen the language in the public and private sectors and wider Aotearoa," said Board chairman Wayne Ngata.

"Charlie was part of the amazing effort to revitalise the language in Ngāti Raukawa which started with a handful of speakers that grew to thousands so he has first-hand knowledge of growing the language in communities."

Mr Tepana hails from Ngāpuhi, Ngāti Raukawa, Rangitāne, Te Uri o Hau, Ngāti Rangiwewehi, Ngāti Pākehā and Kōtimana. He is also a graduate of the Institute of Māori Language Excellence and was a member of the 2014 Ministerial Māori Language Advisory Group which made recommendations reflected in the new Māori Language Act.

"Our people have committed their lives to the language and I know we'll continue to see Te Awanuiārangi continue his journey to strengthen the language outside this whare and among his people of Tauranga Moana."